Rose Gerstner is the founder and designer of the Sympatico Clothing Collection. She seeks sustainable style in her line that’s aimed at mature women. She regularly blogs about ethically made clothing and ethical clothing companies.

The response by volunteers and do-it-yourselfers to mask shortages and other personal protective equipment has been awe-inspiring. Their resourcefulness and energy has been essential while manufacturers with sewing and fabric-handling resources gear up to produce masks and protective wear on an industrial scale. Both the volunteer and industrial response has placed some usually very anonymous workers in the spotlight.

But as an April 30 Vox story points out, whether you’re looking at volunteer-made or industrially produced protective equipment, it’s hard to miss the fact that women are disproportionately responsible for that output. This gender imbalance is hardly a surprise. Sociology professor Margaret M. Chin who wrote the book, Sewing Women: Immigrants and the New York City Garment Industry told Vox, "Sewing masks requires materials — fabric, thread, and ideally a sewing machine — that women may be more likely to have on hand than men are. And in general, the skill of sewing tends to be passed down from mothers to daughters.” Chin continues, “Men don’t learn it because they’ve always believed that it’s a skill for women, and it’s always been paid very low wages.”

Low wages for textile and apparel workers is the reality both in the US and around the world. As manufacturers like the furniture cushion factory in Illinois highlighted in the Vox piece transition to making protective gear, it is a reminder of how little the art of sewing has been valued. The pandemic also starkly reveals how little apparel-manufacturing capacity remains in the US.

Workers who have been called back to their workplaces to produce essential protective gear not only suffer the indignity of low wages, but also now have to run the infection gauntlet as they commute and work side by side. Meanwhile at home, women have had to assume new roles as teachers and daycare providers. Others, such as artist-illustrator Megan Piontkowski, also profiled in the story, have complicated feelings about the volunteer work they’ve done. Donating 35 hours of her time as well as the materials to produce a batch of masks, she felt conflicted when dropping them off at a Brooklyn hospital. Out of work due to the pandemic, she says not being compensated for essential equipment felt like, "traditional ‘women’s work’ not being valued.” 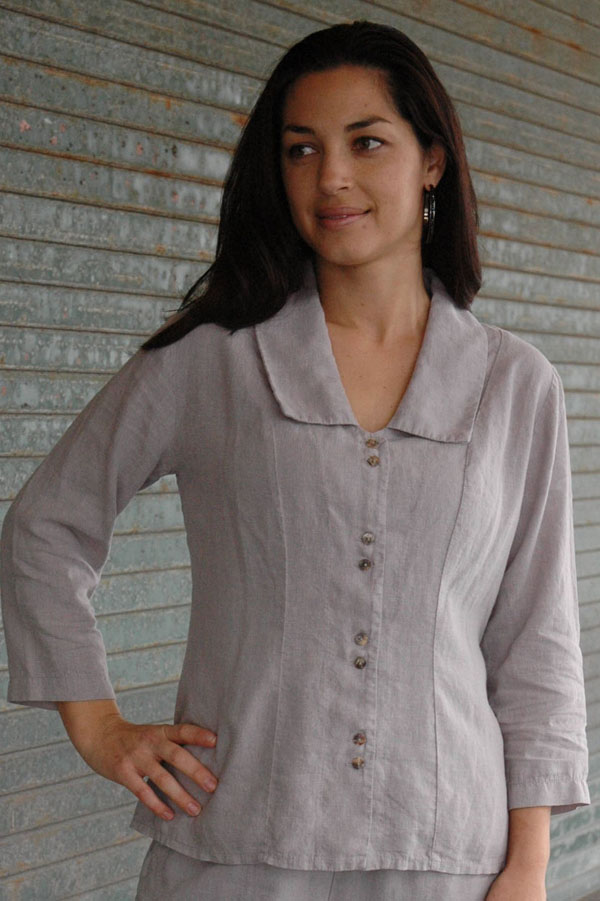 Women’s clothing made in the US, such as the Sympatico’s Princess Top is a rarity. Maybe the pandemic will change that.

How we respond to the pandemic’s lessons once it has retreated will be interesting. Will families who’ve been become more aware of women’s roles in the home share work more equitably post-pandemic? Will American manufacturing capacity, especially in apparel and textiles, rebound? Will we acknowledge the essential-ness of all workers and begin to offer fair pay and safer working conditions? Time will tell.