The ways in which clothes get dyed run the gamut from heavy-duty industrial processes using synthetic chemicals to more artisanal approaches that use natural dyestuffs. It’s easy to make the leap from that information to the assumption: Synthetic dyes bad, natural dyes good. If only it was that simple! As with so many environmental issues, the actual answer is both complex and nuanced. 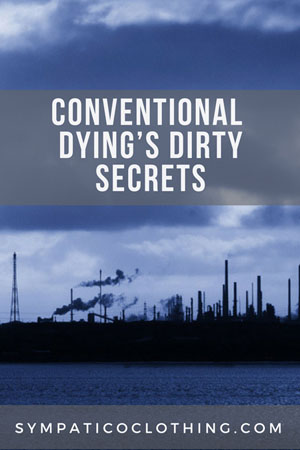 First, some numbers: In 2014 the World Bank estimated that up to 20 percent of industrial global water pollution comes from textile processing — its impact is only exceeded by agriculture and oil production. Some of the most polluted waterways on earth are the victims of the textile industry. With 72 toxic substances that reach water supplies, Southwest China’s Pearl River has turned a deep blue due to denim dyeing upriver. This despite a succession of environmental laws intended to improve matters.

As just one example of the complexities involved, although traditionally, natural indigo was used to dye jeans, today synthetic indigos are mostly used. They, along with the chemical fixatives and agents used to produce various distressed denim finishes, result in a toxic stew downriver.

Rose Gerstner blogs about ethical clothing, natural fibers, and women's fashions that are good for humans and our planet. You can subscribe to her weekly newsletter at the bottom of this page.

The pressure to produce more, ever-cheaper apparel has put extraordinary stress on ecosystems. Factor in the lax or nonexistent environmental laws of developing nations where most of the world’s clothes are made, and it’s easy to see how production of cheap, throwaway apparel and improperly managed toxic dyes pose a profound threat to human and planetary health. 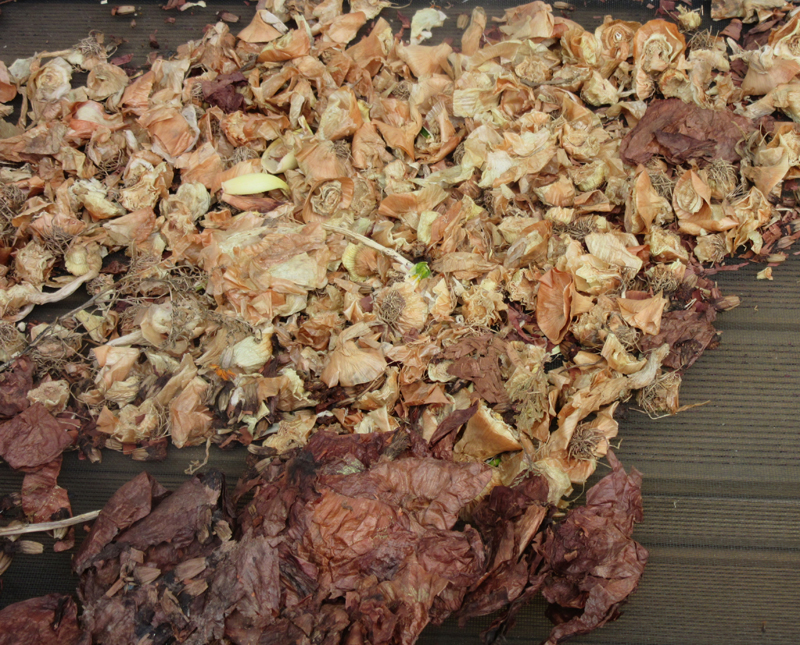 Change is coming, but it’ll be a while

A story at Fashionista profiles Audrey Louise Reynolds whose Brooklyn dye works creates a wide palette from natural sources such as squid ink, flowers, shells, plankton, and soil. She counts J. Crew and Nike among her clients and also offers her dyes direct to consumers. But the production from her big-name clients is, according to Reynolds, "…something that's viable for press, something that sets them apart from producing in a factory." Without having to read between the lines, it’s apparent what she is doing cannot currently be scaled for those major brands normal production.

She recognizes the barriers to full-scale apparel production using natural dyes while retaining her artisanal approach. Similarly, I aim to infuse everything Sympatico makes with a hands-on, artisanal ethic. I also recognize that there are still challenges to making truly pristine, clean dyeing processes a reality.

Meanwhile, the leap to full-scale clothing production using natural dyes remains a challenge. Producing dyestuffs at scale and at a competitive cost is not a reality yet. But there are promising developments. Ethical clothing brands such as outdoor apparel maker Patagonia are underwriting the considerable costs of natural-dye R&D by partnering with Reynolds. The company sees it as part of its mission statement, that in part says, "build the best product; cause no unnecessary harm."

The challenges are complex. Natural dyes have some downsides. They tend to fade faster than synthetics, which may cause consumers to discard otherwise wearable clothes. It’s difficult to achieve a consistent color — something consumers count on. Natural dyeing requires much greater quantities of dyestuff, potentially tying up farmland otherwise used for food production. Although many mordants (dye fixatives) used in natural dyeing are household, non-toxic items, others contain contaminating heavy metal salts.

There are promising developments though. As detailed in a Guardian article, leading thinkers in this this field are exploring ways to make natural dyestuffs both accessible to manufacturers and viable at scale. Others are looking into potential hybrid dyes that use a mixture of synthetic and natural components. 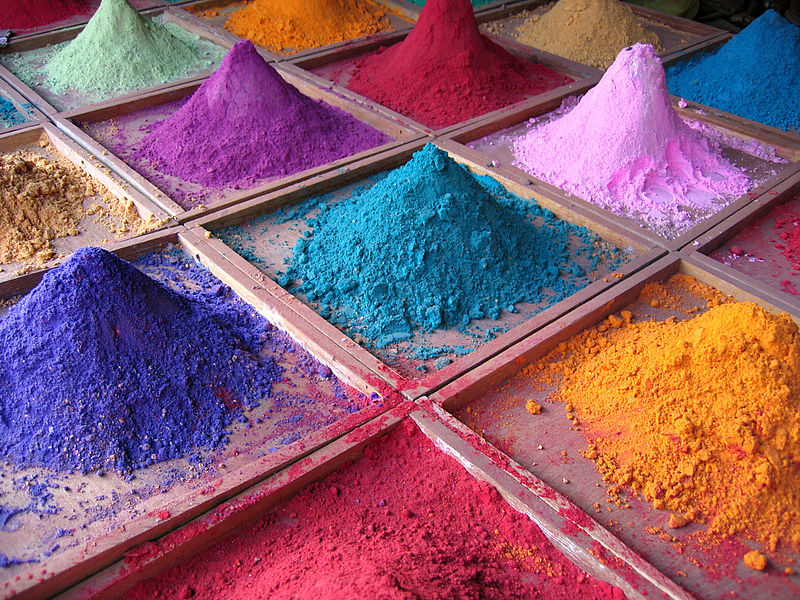 Most fiber-reactive shades are classified as low-impact because they meet the requirements of the Oeko-Tex Standard 100, an international textile certification program. To be considered low-impact, neither dyes nor mordants can contain toxic substances, must have an absorption rate in which 70% or more of the dye is taken up by the fabric and require relatively little water.

Fiber-reactive dyes that are not classified as low-impact contain trace amounts of toxic metals. I avoid using those dyes and my U.S.-based dyer adheres to tightly regulated water-use rules.

The truth is that dyeing, like most other industrial processes, carries inevitable health and environmental consequences. The single most important thing we can do to minimize those consequences is to reduce our consumption of goods. The world’s current infatuation with cheaply made fast fashion is clearly unsustainable.

An ethical clothing maker, I make apparel for the long run using the most earth-friendly options possible, given my scale and resources. I’m continually awed by my customers who get this approach. In the long run, we’re all downstream from one another, and it falls to each of us to make a difference in whatever way we can.