The dirt about our closets

When we shop for clothes, soil isn’t likely to be on our minds. Yet those clothes exert a powerful impact upon the Earth’s soils and water. Why our soil and water is deteriorating is intimately tied up with those cotton, wool and leather goods populating our closets.

When it comes to the food and water we consume as it affects human wellbeing, connections with the health of our soil and water are pretty easy to make. Recent books such as master chef Dan Barber’s excellent Third Plate offer a different way of looking at food, questioning the ways in which we currently raise, prepare and select what we eat. 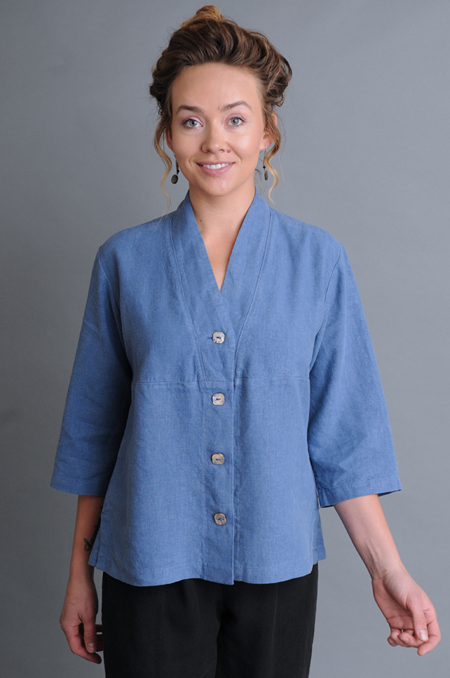 Barber advocates for more than simply the farm-to-table movement that has begun taking hold in this century. What he offers is more profound—a radical, from the roots up agricultural philosophy intended to antidote the harms caused by modern agricultural practices.

As Barber explains, the so-called "Green Revolution" of the 1950s has in just a few decades severely degraded our soil. Through copious administration of synthetic fertilizers that contain only nitrogen, potassium and phosphorous—and none of the other essential trace elements and minerals needed for plant life—our soils have become dependent on ever increasing amounts of chemicals. This, coupled with the use of pesticides and herbicides in huge agribusiness fields, threatens all forms of life on our planet while also robbing our food of its nutrition and taste. Working intimately with farmers around the world, Barber presents alternatives that entail using traditional methods and careful observation to work a truly green revolution in the way we raise food.

But Barber’s the first to say that reverting to traditional crops and ways of animal husbandry is no sure thing. At least not in the short term and not unless we’re willing to harness some of the same ingenuity we’ve poured into technology in creating sustainable agricultural systems. The self-sustaining ecosystems he describes in Third Plate have been centuries in the making and they’re dependent on continued careful observation by the farmers who work them. As he says, even the most sustainable farm "unravels with just a few shortsighted decisions.”

Thankfully, when it comes to transitioning to more sustainable agricultural models, the hemp and Tencel blended into Sympatico’s fabrics don’t pose quite the challenges that our food crops do. Neither the hemp nor farmed eucalyptus trees used in Tencel require either pesticides or artificial fertilizers. And hemp actually remediates soil damaged by modern agricultural practices by aerating and anchoring it. Hemp also returns nutrients to the soil when it's traditionally retted. Retting entails spreading the cut stalks on the ground allowing it to remain there while bacteria separates the plant material from the bast fiber that will become fabric.

Our closets connect directly to our Earth.


See our selection of hemp clothing: tops and blouses, skirts and pants.