Tencel is the result of decades of incremental improvements in rayon production that make it genuinely earth-friendly. Shopping for Tencel tops, pants, and skirts is a smart way to help protect our environment. 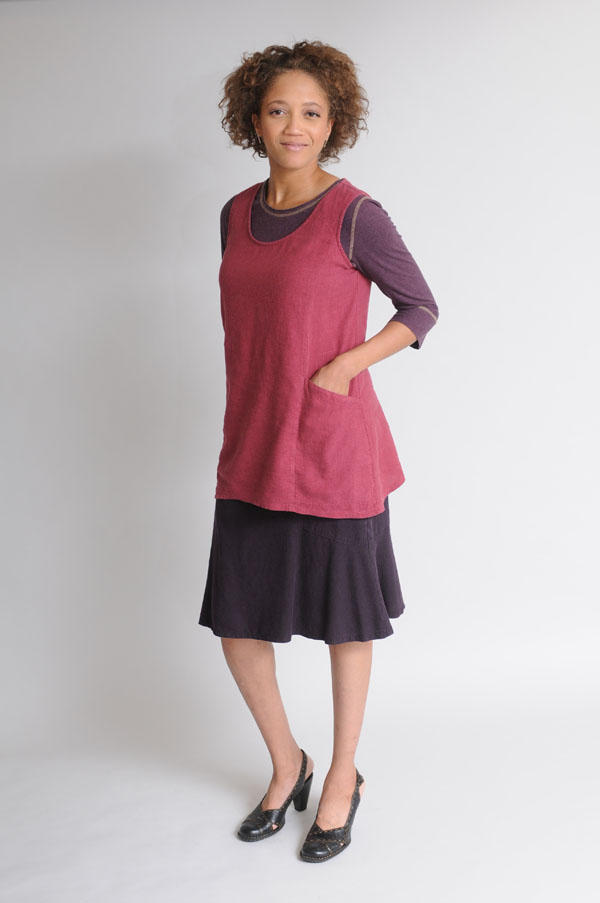 Women's Tencel clothing is soft, absorbs moisture and is comfortable.

It’s uncertain who originally said that God is in the details. Regardless, I find that expression is profoundly true in just about every aspect of our culture, especially so in realms such as politics, where details are often overlooked in favor of slogans and catch phrases. But digging into the details where rayon is concerned reveals a continuous evolution in technology that has led to Tencel, rayon’s most environmentally friendly form.

Underlying the environmental impacts of the different types of rayon is the three-generation story of an evolving technology from the fiber's earliest days in the mid 19th century to the present. First came rayon, followed by modal and most recently by Tencel, generically known as lyocell. But before we delve into that history a little, it’s worth noting the properties all three forms of rayon share.

All three are made from cellulosic fibers, mostly from trees, but also from bamboo. Originally patented as “artificial silk” in 1894, the term rayon wasn’t officially adopted until 1924. Rayon fibers and textiles made from cellulose are also known as viscose rayon. All three rayon types tend to have a lot of luster, take dye well, have good draping qualities, and are very breathable, putting them on par with natural fabrics for comfort. Despite being manufactured fibers, rayon, modal, and Tencel are not considered synthetics and are generically known as “regenerated cellulosic fibers.” They may not be natural fibers in the same sense as cotton, wool, or flax, for example, but their characteristics are more like natural fibers than synthetic counterparts such as polyester and nylon.

Let’s take a brief look at the three generations of rayon development in a little more depth. 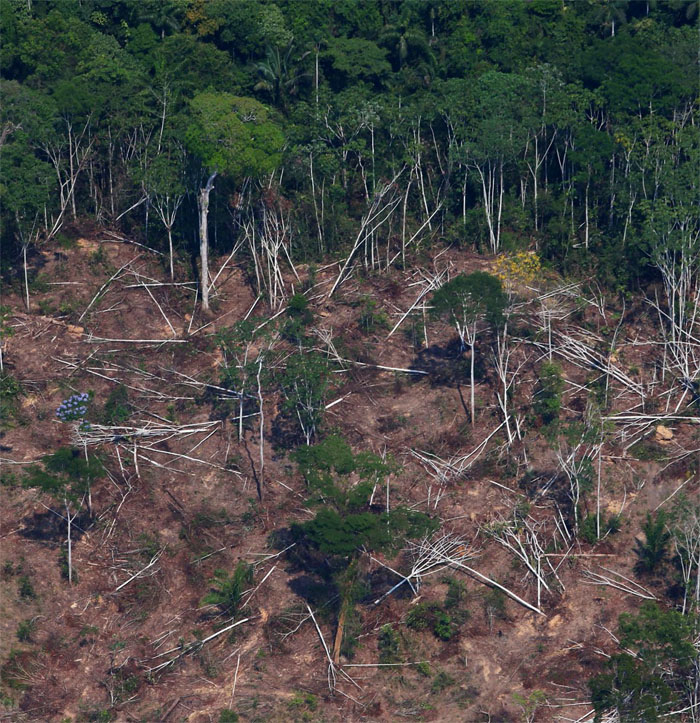 Deforestation is the net result of conventional rayon production.

There are a number of methods used today to produce conventional rayon—the grandaddy of the clan. While the specific chemicals employed vary as do their respective environmental impacts, all processing methods achieve a similar result by chemically breaking down purified cellulose into soft, soluble compounds that can be extruded into filaments of specific thicknesses. The problem with most of these processes is the caustic chemicals used to break down the cellulose are highly polluting. Especially in the developing world where there’s little regulation, conventional rayon production is a major source of water pollution. While “traditional” rayon is extremely versatile, being found in all kinds of fabrications and even auto tire cords, it has low wet strength. On the other hand, it has good absorptive qualities and is used in some disposable diapers and medical supplies.

The aim to create a rayon with greater wet strength led to the development of modal as a distinct second generation in the evolution of rayon technology. Made from plantation-grown beech tree pulp, its softness makes modal a popular choice for underwear and pajamas. It holds its shape better than conventional rayon and is also blended with other fibers such as cotton and spandex. It is considered rather luxurious and typically costs more than cotton or other viscose rayons. The production process includes soaking the fabric in chemicals like sodium hydroxide and carbon disulfide, which are polluting to water supplies. However, it uses less chemicals in its production process than rayon, and many manufacturers use scrubbers to trap chemicals before they escape, thus reducing its negative impact.

The Tencel content in Sympatico’s fabric imparts a beautiful luster and soft hand…and no forests are harmed in its production.

Lyocell has many advantages over rayon and modal in its properties as well as its manufacturing process. Tencel (the trade name for lyocell used by its manufacturer) absorbs 50 percent more moisture than cotton. Lyocell’s moisture management denies bacteria a chance to grow. Perspiration is directly absorbed from the skin and transported to the inside of the fiber, rather than remaining on the surface where bacteria could grow. This property means you can wear Tencel longer while keeping the funk factor at bay.

Lyocell fibers are also soft on the skin. The microscopic surfaces of lyocell fibers are smoother than those of modal, cotton or wool, reducing skin irritation. It is the combination of the extremely smooth surface of lyocell and excellent moisture absorption that makes lyocell textiles feel so soft and pleasant on the skin. Lyocell is also hypoallergenic, anti-static and blends beautifully with hemp (as Sympatico customers have figured out.)

Aside from its wonderful wearability and tactile qualities, Tencel’s other strength is the closed-loop manufacturing process used to produce it. Unlike other forms of rayon manufacturing, the chemicals used to produce Tencel are reused and what little remains is captured and neutralized before being safely returned to the environment after being broken down in biological water treatment plants.

The other source of Tencel’s positive environmental imprint is the source of the cellulose itself. It’s produced from sustainably grown and harvested eucalyptus trees that require no irrigation or synthetic fertilizers or pesticides. These trees grow in marginal soils that are unsuitable for food crops or grazing land. Because it is not contributing to deforestation, Tencel has earned the European Eco-Label for its high compliance with environmental production standards.

It’s encouraging that over time, we’ve improved our environmental practices. My hope is that eventually all rayon production will use these safer methods and continue to evolve. Meantime, when it comes to deciding if rayon is indeed environmentally friendly, like so many other things, the answer is a nuanced one that requires more information. It’s all about those pesky details.