Hemp shares a collection of interesting traits with another valued fiber plant: flax, the stuff linen comes from. It's the bark of both these plants that contains the cellulose ultimately spun into textile fibers. When cultivated for fiber, they are both grown very densely so as to produce tall, slender stalks and minimal branches—ideal for fine-quality fibers. These dense plantings choke out weeds, and being pest resistant, hemp and flax are typically grown without the use of herbicides or pesticides. The history of these two crops is similar too: the linen shrouds in Egyptian tombs date back to roughly the same era as the earliest Chinese textiles made with hemp. 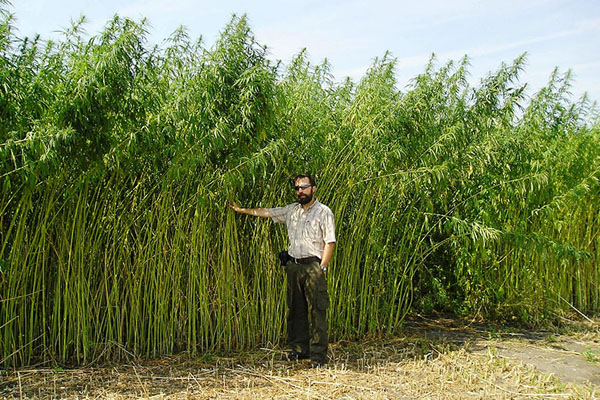 One more similarity holds out the promise for both fiber crops having a significant future in the US. Their cultivation, harvesting, and processing use similar farm implements and other machinery in readying hemp and flax for textile use. Because the agricultural and manufacturing infrastructure that historically existed in the United States for both fibers has been dismantled, the similarities in growing and processing the fibers may work in their favor. A comeback is possible.

One other similarity bears mentioning. Like hemp, some flax varieties are grown for their healthful seeds that are pressed to produce oils rich in valuable omega-3 fatty acids. These varieties are stockier than plants grown for fiber and not so densely planted.

Here in Southern Oregon a third kind of hemp crop has been getting most of the press coverage recently. These hemp plants are grown for their flowers that produce high quantities of CBD oil and differ from varieties cultivated for their nutritional seed oil. They too are generally planted further apart and are squatter and leafier than industrial hemp grown for its fiber. The jury is still out on this local “greenrush” with widespread reports of hemp crop failures due to poor timing, weather, and seeds with questionable genetics. 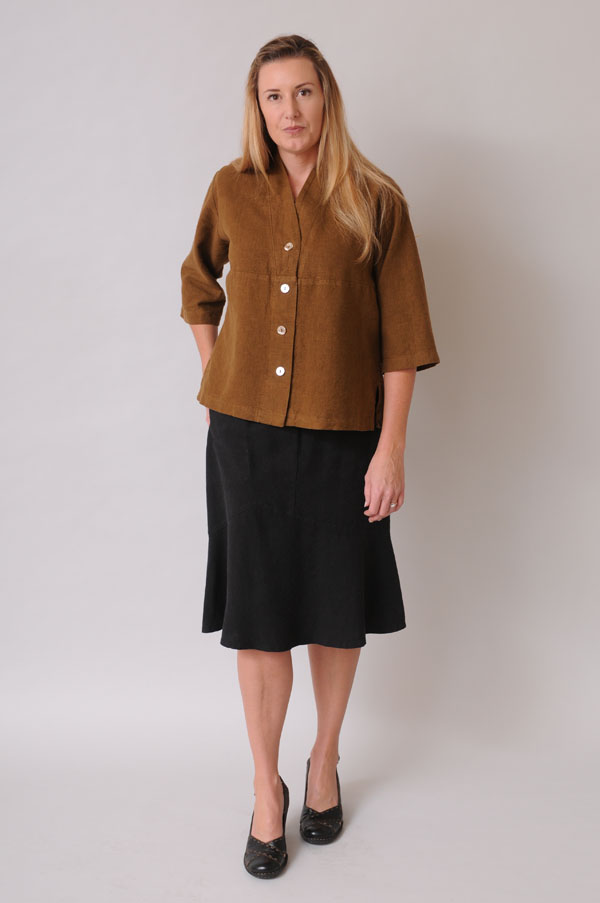 Blended with 45% sustainable Tencel, hemp imparts a beautiful luster to this Tuxedo Top in Toffee and Flip Skirt in Black.

There are some promising developments concerning hemp and flax fibers and the possibility of making hemp clothing that's locally grown. A recent article in the Corvallis Advocate profiles Shannon Welsh, the founder of Pacific Northwest Fibershed. Shannon wants to connect clothing consumers directly with, as she puts it, “the biological context of their wardrobe.” Her organization supports and develops regenerative textile systems that are based in carbon farming practices—a focus close to my own convictions in starting up Sympatico. Her emphasis on interdependent local economies, artisanal producers, and organic agriculture are issues close to my own heart.

With a dawning recognition of how conventional modern agriculture is failing us, efforts like those of Pacific Northwest Fibershed as well as the the work Winona LaDuke is doing with industrial hemp are far more than tilting at environmental windmills. They signal the beginning of a new era in which conscious consumption and appreciation for our interdependence are the norm. 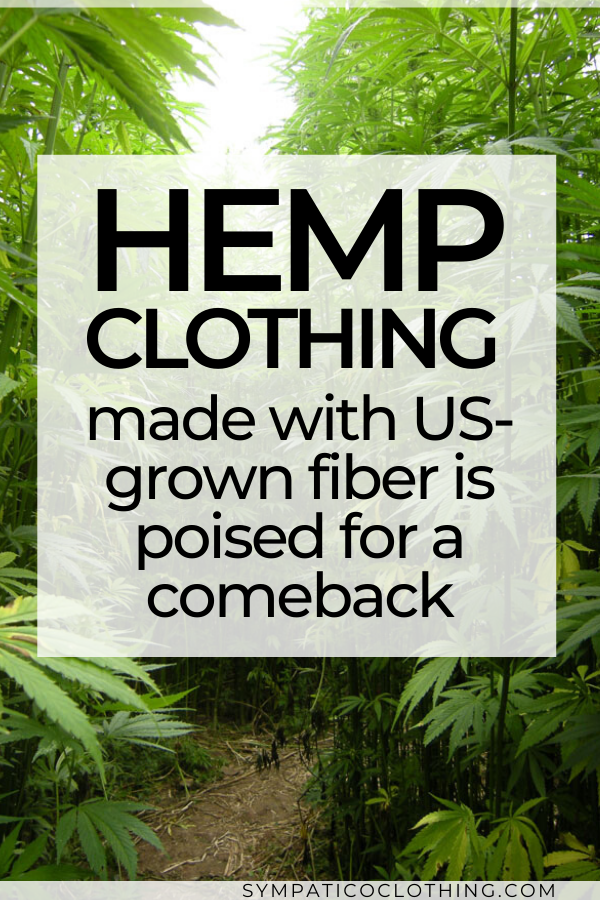