Why hemp clothing? Because it feels good on your body, and it’s good for the earth.

When the 2018 Farm Bill was passed by the US congress late last year, you might have expected hemp advocates to breathe a deep sigh of relief. After all, for the first time at the federal level, the bill differentiated marijuana from industrial hemp. Formerly considered a controlled substance right along with its intoxicating cousin, marijuana, hemp was now redefined as an agricultural commodity.

More: Can I get arrested for wearing hemp clothes? 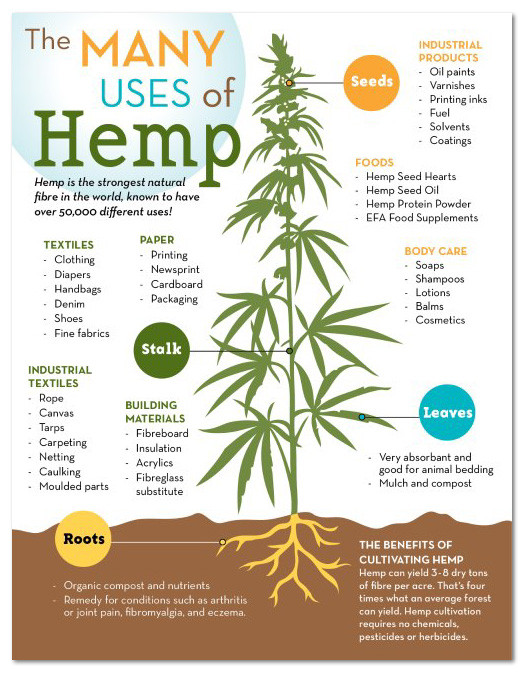 But the bill allows states and tribal governments to impose their own restrictions on hemp, thus muddying the waters. The consequences of these state and tribal exclusions soon came home to roost.

Less than a month after the Farm Bill passed, an Oregon truck driver hauling 6,700 pounds of industrial hemp was arrested by Idaho State Police. The incident and an ensuing lawsuit underscore the confusion and legal uncertainty that still surrounds hemp. The arrest came when cops smelled what they believed was marijuana at a routine roadside inspection. Subsequent tests proved the hemp contained less than the legally prescribed .3% maximum THC that 2018’s farm bill allows. (THC is the compound in marijuana that produces its psychoactive effects. Smoking industrial hemp delivers no high.)

But Idaho continues to view both as controlled substances under its state laws and refuses to release the hemp to Big Sky Scientific, the Colorado company the load was bound for. Big Sky Scientific argues it was shipping legal goods through interstate commerce. But like several other states, Idaho law says that any quantity of THC makes the material marijuana. Law enforcement argues there’s no way to distinguish industrial hemp from marijuana. As Idaho official Bill Reece puts it, “The states have no way at roadside to determine whether it’s hemp or marijuana. It smells the same, looks the same.“

Subsequently, the Idaho legislature recently approved purchase of three hemp testing devices, a sign that perhaps the state will relent on its refusal to differentiate hemp from medical and recreational pot. But Reece is right when he says, “It’s kind of a convoluted mess right now.”

The U.S. is the biggest hemp importer in the world. Hemp product sales here are expected to reach $10.6 billion by 2025. While hemp raised for its medically useful CBD content has been grabbing a lot of the press lately, the potential markets for U.S.-grown industrial hemp are much bigger than that.

From food and body care to textiles, paper, construction and automotive applications, the demand for hemp fiber, seed, and oil has never been greater. And it’s an easy crop to grow compared to cotton, corn, or soy. It thrives in poor soils and needs little water, fertilizer, and requires no pesticides. The tight spacing of hemp plants chokes out weeds while maximizing the farmer’s return per acre. It produces two to three times the fiber on the same acreage as cotton and helps restore soil health, making it a favorite among organic farmers. With towering plants than can top out at over 20 feet after a mere 100-day growing cycle, industrial hemp can be a very productive crop — if and when the infrastructure exists to support the supply.

Once a staple crop of countless American farms going back to colonial days, hemp was outlawed in 1937 when it was conflated with marijuana. The damage was compounded when all forms of cannabis were made a part of the Controlled Substances Act of 1970. A feature of President Richard Nixon’s War on Drugs, the Act made hemp a Schedule 1 illegal drug, the same designation given heroin.

Now that the Farm Bill has remedied that situation, the way seems more certain for the industrial hemp industry in the U.S. But serious challenges remain. The uncertainties raised by the Idaho case have to be dealt with so farmers can feel secure when investing in hemp cultivation. Also, the processing infrastructure needed to prepare hemp for many of its industrial and commercial purposes does not yet exist here. 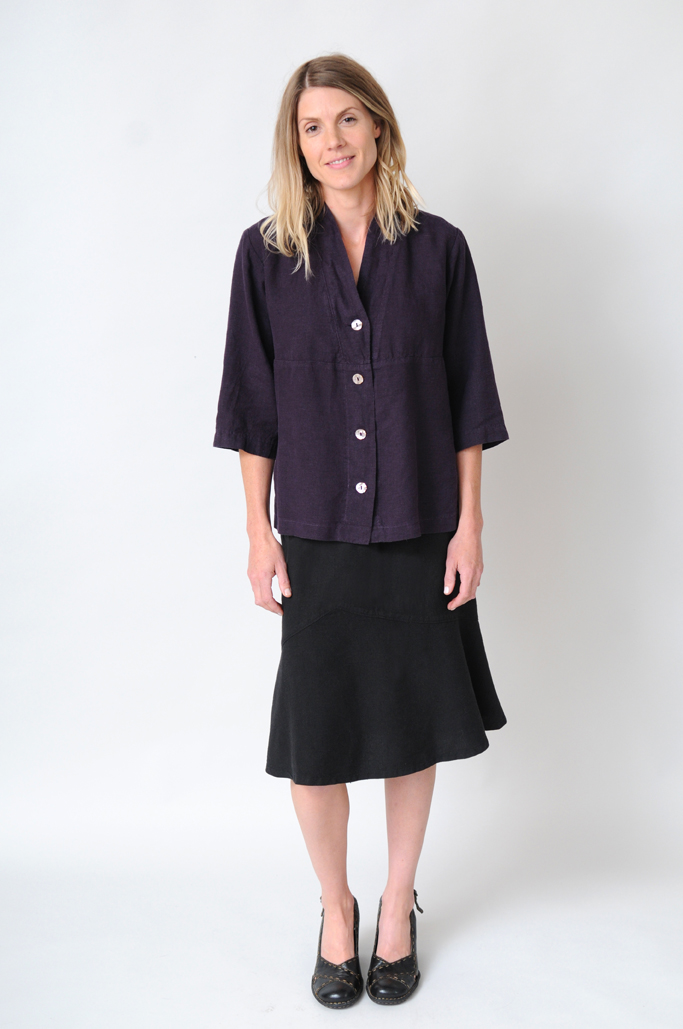 Hemp clothing offers many advantages, both ecological and functional.

I don’t expect to see U.S.-made hemp textiles any time soon. Most of our textile and apparel industries have disappeared since the late 1970s when most of that activity went offshore. So even if and when we are able to produce hemp crops sufficient to support industrial-scale hemp fabric manufacturing, there is no domestic infrastructure to spin, weave, and otherwise process hemp textiles.

But as consumers’ appreciation for the benefits of hemp clothing grows, perhaps down the line there will be a resurgence of American-made hemp textiles. In a world where global trade is coming in for reexamination, the long-term prospects for sustainably made hemp clothing are pretty bright.

Hemp’s versatility when woven with other natural fibers is remarkable. Sympatico’s fabric employs a blend of 55% hemp with 45% sustainably made Tencel to produce a material that not only feels and looks great, but is also remarkably earth-friendly. I look forward to a day when the Sympatico clothing label can proclaim the fact that the garment was not only made in the USA, but grown here too. 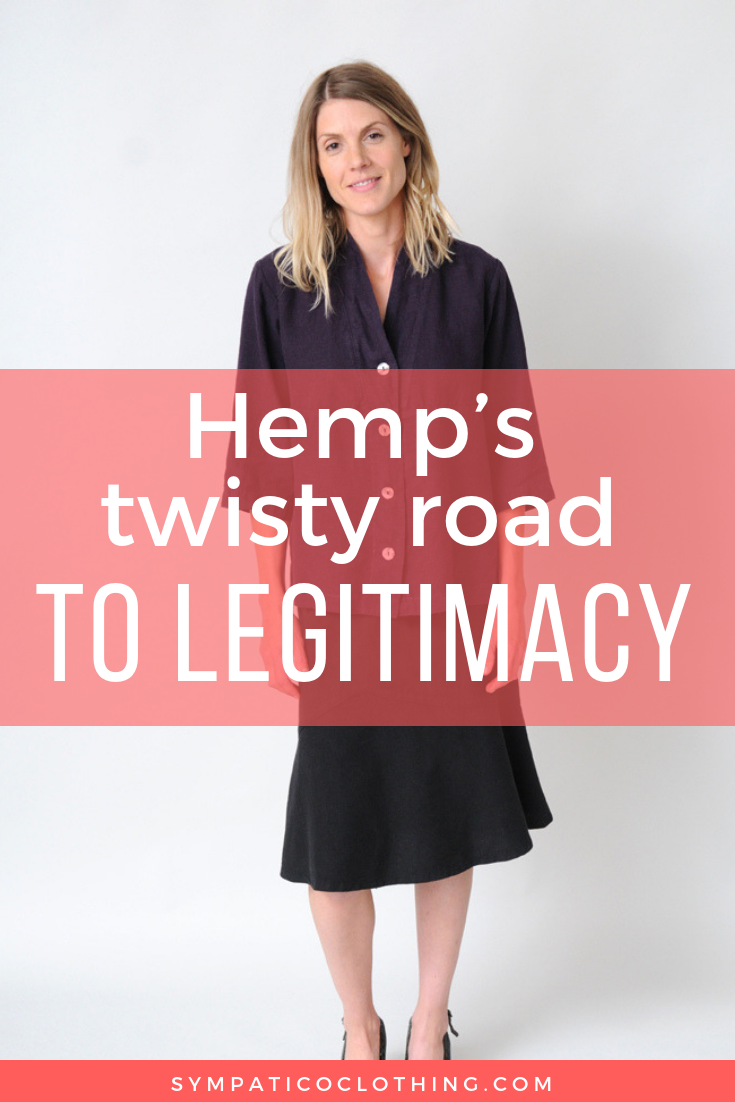