The tragic 2013 collapse of the Rana Plaza building in Dhaka, Bangladesh that killed 1134 apparel workers was a wakeup call to the world’s consumers of fast fashion. One of the responses to the tragedy was the creation of Fashion Revolution a not-for-profit worldwide movement to reform the fast fashion industry by focusing on supply-chain transparency. With teams in 92 countries, Fashion Revolution has done a formidable job educating consumers, clothing producers, farmers, unions, students, and educators. Smartly orchestrated campaigns have made serious inroads informing the world about the true cost of fast fashion on both humans and the Earth. Clothing buyers are now insisting more than ever on ethically made clothing. 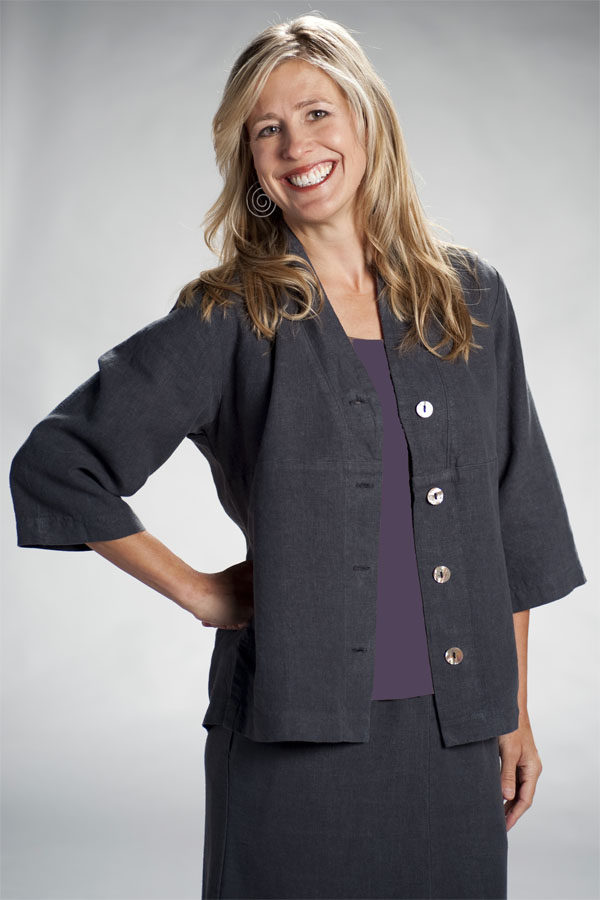 Sympatico’s hemp and Tencel Tuxedo Top is a prime example of ethically made clothing.

When I blogged about these issues in 2019, the response by consumers was already apparent. Thanks to demonstrations orchestrated by Fashion Revolution, consumers were hitting the streets with placards demanding to know, “Who Made My Clothes?” Thousands more wrote to manufacturers and government agencies demanding action. Since then, the organization has racked up impressive achievements in getting the word out as evidenced by this report https://www.fashionrevolution.org/2020-impact-rep... of the organization's 2020 campaigns.

Rose Gerstner is the founder of Sympatico Clothing and is a strong advocate for ethically made clothing.

The eighth anniversary of the Rana Plaza collapse is April 21, 2021 and Fashion Revolution will commemorate the tragedy with Fashion Revolution Week that runs from April 19 - 25. Remembering the 1134 mostly young women who died as well as the 2500 workers who were injured is a powerful way to redouble the organization’s efforts to reform fast fashion. As the Fashion Revolution website says in summing up its mission, “…we need a radical shift in our relationships – our relationships with each other, with our clothes, within fashion supply chains and with the natural world. We need this revolution for our own prosperity and wellbeing, and for the health of our earth and our oceans.” I could not say that better. 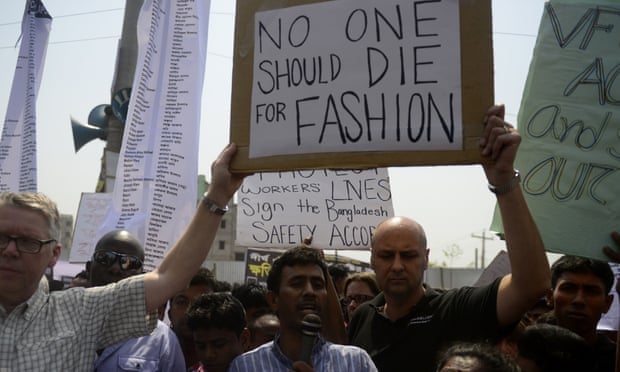 Workers and relatives of the victims of Rana Plaza in Bangladesh demonstrate. Photo from The Guardian.

Although apparel industry engagement in Fashion Revolutions programs is still embryonic, there are promising signs fueled by consumer insistence on transparency. In the meanwhile, though, one of the other positive impacts of Rana Plaza is the springing up of numerous small-scale and artisanal apparel makers. These entrepreneurs are not only willing to be transparent about their methods and materials, but they’re downright proud to share that info with shoppers. That’s certainly true of Sympatico where I’ve gone to great lengths to vet my supply chain.

As I noted in this blog post, being able to fully deliver on transparency can be challenging for small businesses such as mine that lack the economic clout to get clear answers about their supply chain. A case in point: I use hemp twine that I buy locally to attach Sympatico hangtags. While the product seems benign, I have no way to absolutely confirm the fact that it is made in an environmentally sound way and does not involve exploitive labor practices. The handful of twine balls I use each year has proven inadequate leverage to get the attention I need in seeking answers about such materials. I always ask though, even if the supplier has no idea.

On the other hand, all my major processes and materials have been fully vetted. Tracking fair wages and safe, healthy working conditions is pretty straightforward since I do most of the work. Or, or if things are busy enough, I hire helpers who I know are fairly compensated because I write the checks! I’ve had the same dyer for many years and I’ve vetted that operation thoroughly too. Likewise with my fabric supplier, I have made considerably efforts to assure that Sympatico’s fabrics are produced in a sound and non-exploitive manner.

Having worked in apparel most of my life, I am committed to my workshop being a happy place. One that respects everyone who works here or is touched by Sympatico.