Something I often hear from customers as they try on my clothing is, “Oh, pockets, thank you!” Because function is at the heart of all Sympatico designs, whenever possible, I include pockets on all skirts and pants. It's really a no-brainer: they’re endlessly useful and add to a garment's versatility. So you have to wonder why so many pocketless garments and skimpy pockets are the norm in women's clothing. If you’ve ever bought pants or shorts with minimal, poorly designed pockets that dump out their contents when you sit down, you know what I mean.

The introduction of the oversized iPhone in 2014 spurred a lot of conversation about how it didn’t fit well in pockets. Most of the commentary came from men accustomed to stuffing everything they needed for life-on-the-go into their pockets. Women were mostly missing from this debate—they were already resigned to pockets that were useless. Most of us have encountered non-functional pockets; they serve entirely as a fashion accent. Christian Dior in the 1950s reportedly said, “Men have pockets to keep things in, women for decoration.” How this state of affairs came to be has an interesting history.

Men’s clothing began incorporating sewn-in pockets around the end of the 17th century. They essentially functioned in the same way they do today. In that same era many women wore separate pocket bags beneath their dresses and robes that they accessed through slits in their skirts and petticoats. 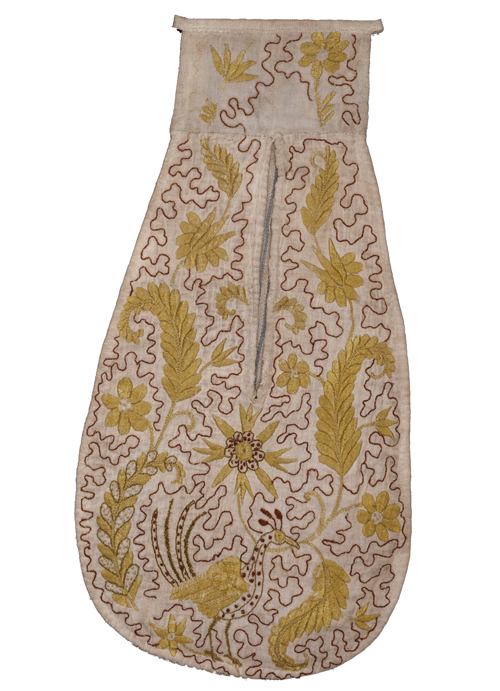 In the 19th century, women’s fashions fell under the sway of the neoclassical design movement. Modeled on the lines of Greek and Roman gowns as portrayed by Renaissance and later artists, pockets, even as an undergarment, slowly disappeared, especially among women of leisure. With the disappearance of the separate pocket came the so-called reticule—the forerunner of modern women’s handbags.

There was a growing recognition, however, that women needed and wanted pockets. Reflecting this, some commercial patterns of the late 19th century included directions for pockets that could be optionally sewn into skirts. 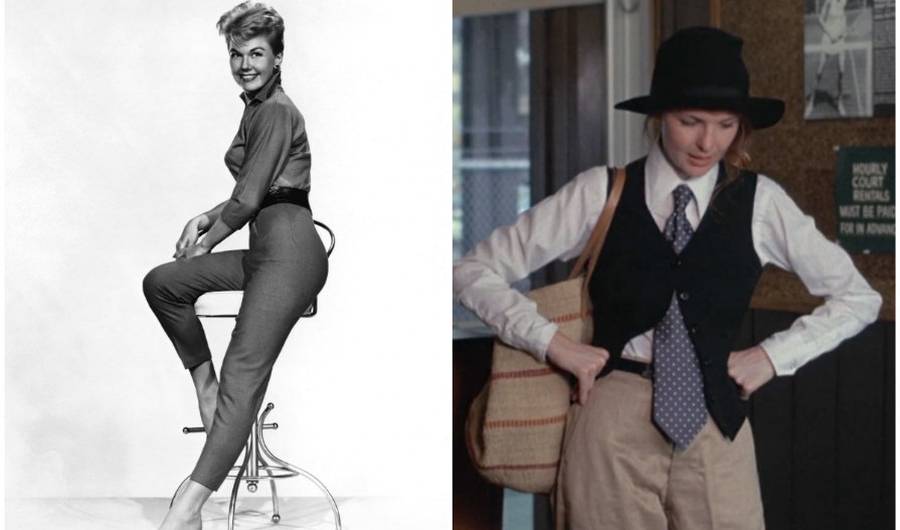 During the 1970s, yet another counter-trend set in, in part influenced by the “Annie Hall look” as personified by Diane Keaton in the film of the same name. But today, in an era of skinny jeans and pockets as designer accents, we have come full circle, yet again.

My take on pockets

It’s true that incorporating functional pockets into women’s wear can be challenging. Do it wrong and they’ll bunch up, pouch out and generally look unflattering.

I spend considerable time designing pockets so they won’t bubble when you sit, yet have enough capacity to keep essentials close at hand. Here’s how I handle a couple of these challenges in Sympatico styles:The Angled Skirt pocket (left) is connected at the side seam and waist and engineered to stay flat when worn. It's nice and roomy though and has an interesting opening. 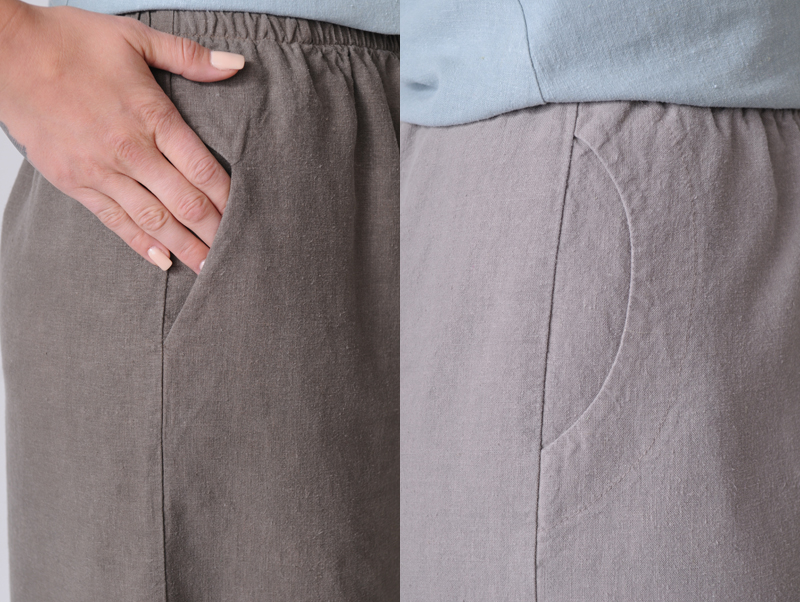 I sew the pockets of the Cropped Pants (right) onto the pants front so they don’t bunch. They too have plenty of depth to stash essentials.

Undoubtedly, the pocket situation in women's wear will continue to shift between the poles of decoration versus practicality. But I’m committed to continuing to include genuinely useful pockets in my designs wherever they make sense.