Every June Hemp History Week is celebrated, but the fiber that’s being honored is hardly a kid. Archaeologists have found evidence of its cultivation going back 10,000 years, making it easily the oldest farmed textile. But because of confusion with its intoxicating cousin, marijuana, hemp has had a checkered history here in the US. Nonetheless, its roots are deeply embedded in American history.

In colonial days, many farms grew hemp for both its medicinal value, nutrient-rich seed oil, and fiber content. Hemp clothing, sometimes blended with linen, was home grown and homespun. Midwives and herbalists valued its uterus-toning properties among other medical effects. Rope, sails, and paper were also made from the fiber. Thomas Jefferson, George Washington, and John Adams all farmed hemp.The pioneers crossed America in wagons protected from the elements with near-indestructible hemp covers. 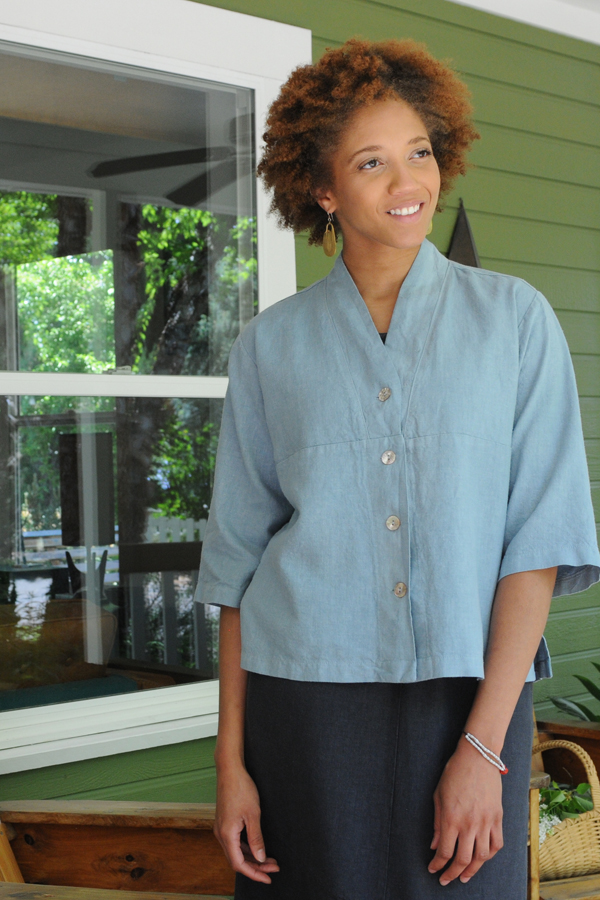 Hemp was outlawed in 1937 due to its being lumped together with “marihuana," hemp's botanical cousin that contains THC. Pressure from the competing forestry and plastics industries also helped sideline hemp until WWII, when supplies of Asian hemp used for rope were cut off. During the war hemp was cultivated throughout the US, especially in the Midwest. But in 1970, hemp was again lumped together with its botanical cousin marijuana under the Controlled Substances Act. The Act itself was one of the linchpins of the failed War on Drugs launched during the Nixon administration. Absurdly, under the Act, hemp was listed along with heroin as a Schedule 1 substance—possessing it was grounds for federal criminal prosecution!

Thankfully, late in 2018, hemp was finally granted legal status under the federal Farm Bill. In the meanwhile, many states had already legalized hemp cultivation and more than 27.000 acres of hemp were grown in 19 states during 2017. Those numbers will be undoubtedly mushroom now that hemp is legal everywhere. That, coupled with the enormous demand for CBD oil-based products, is having a big impact on agriculture here in Southern Oregon. New fields of hemp are cropping up literally every week around us and local farm and garden stores are packed with hemp-growing supplies and tools. What was once considered the northern outpost of marijuana’s so-called Emerald Triangle, Southern Oregon is now vying to become the industrial hemp capital of America.

My personal relationship with hemp goes back to the early 1990s as I became more fully aware of conventional cotton’s negative environmental impacts. Casting around for natural fiber alternatives, I explored industrial hemp, but ended up dismissing it because most of the fabrics available back then were intended for housewares and upholstery, much too heavy for the apparel applications I had in mind. It was therefore with great delight that I discovered Sympatico’s hemp/Tencel fabric in 2005 and have been making hemp clothing ever since. The two fibers, both raised sustainably, work in concert to produce a wonderfully comfortable fabric that breathes and moves with you. 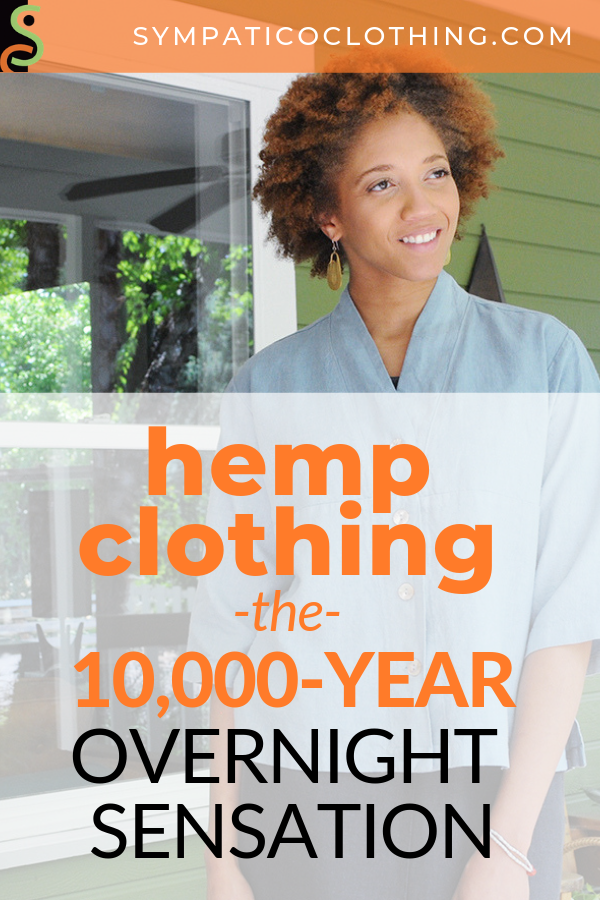