This purveyor of artisan made clothing hones in on exactly how her eco-friendly clothing collection is artisanal. 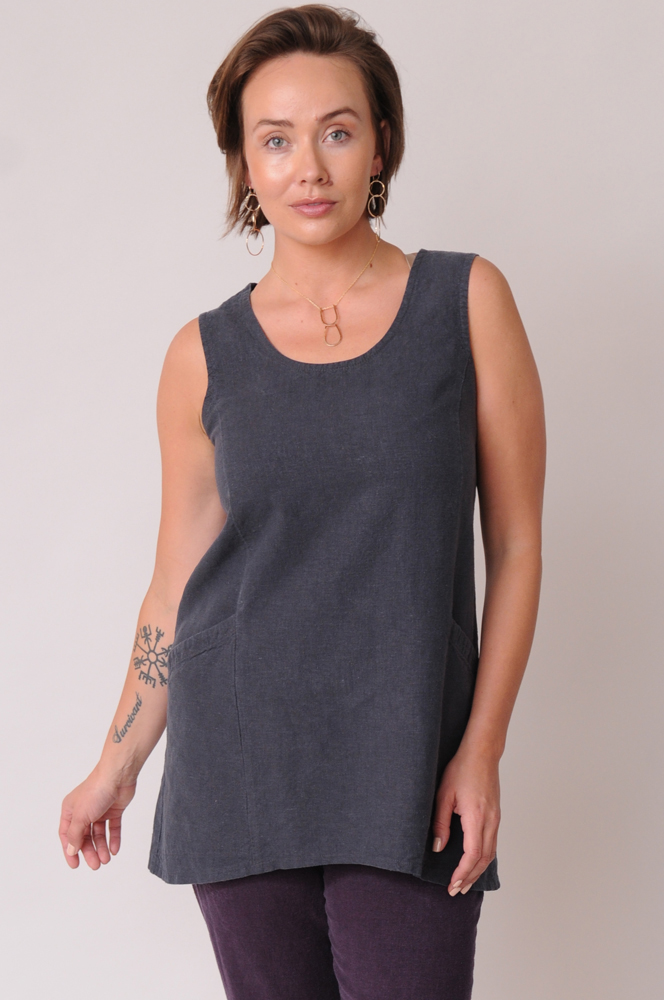 Though I use machines in cutting and sewing the Trapeze Tunic, I consider my approach artistic and artisanal.

Artisanal clothing—it's definitely a thing at the moment

We see the “artisan" tag nowadays everywhere; artisanal this and artisan-made that. Big companies are buying up smaller enterprises, seeking artisanal cachet. Everything from bread to beer to beans is being marketed as artisanal. But what does the word actually mean? 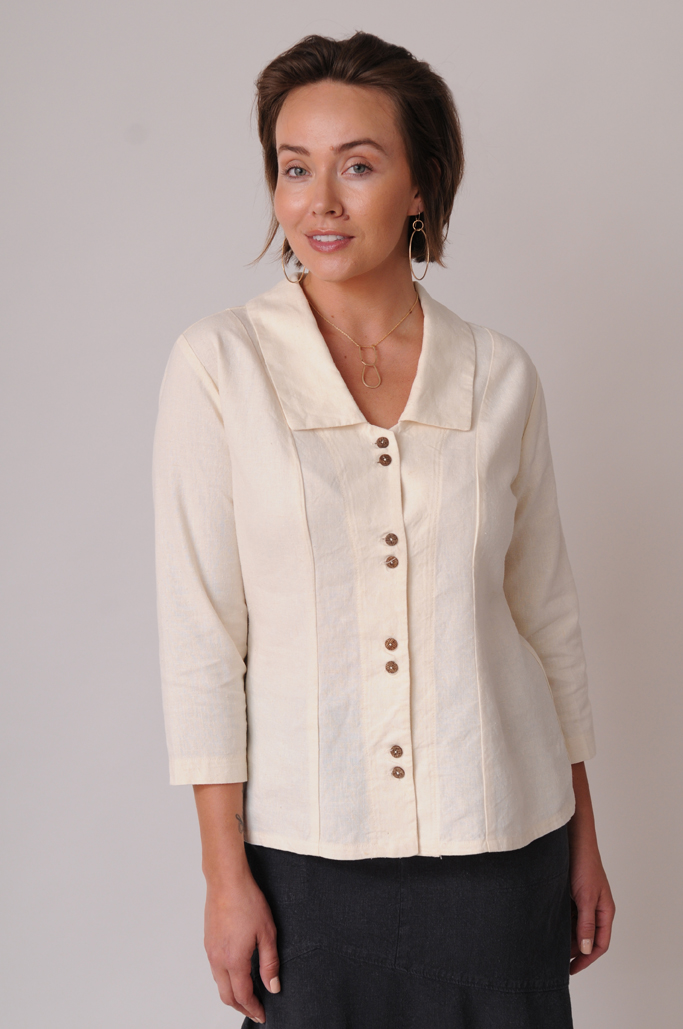 I accessorized with Holly Gonella’s jewelry collection for this shoot; she’s a fellow craftsperson at Lithia Artisans Market. Anastacia models the Princess Top in undyed Natural.

It’s probably fair to say that many artisans work with traditional materials and use traditional techniques. But few do so in the strictest, purist sense. In my craft, for example, hand-stitching is reserved for only the most exalted work (and maybe a little mending). I harness the power of industrial sewing machines and cutting tools; to do all my work purely by hand isn’t feasible.

But who gets to define traditional? My 60-year old Juki industrial sewing machine is a workhorse and brilliant example of mid-20th Century industrial design. Should I use a treadle-powered machine instead? Many of my colleagues at the  Lithia Artisans Market face the same kinds of questions. Some use power tools and digital devices in their work, but you’d be hard pressed to argue about the artistry in what they make. 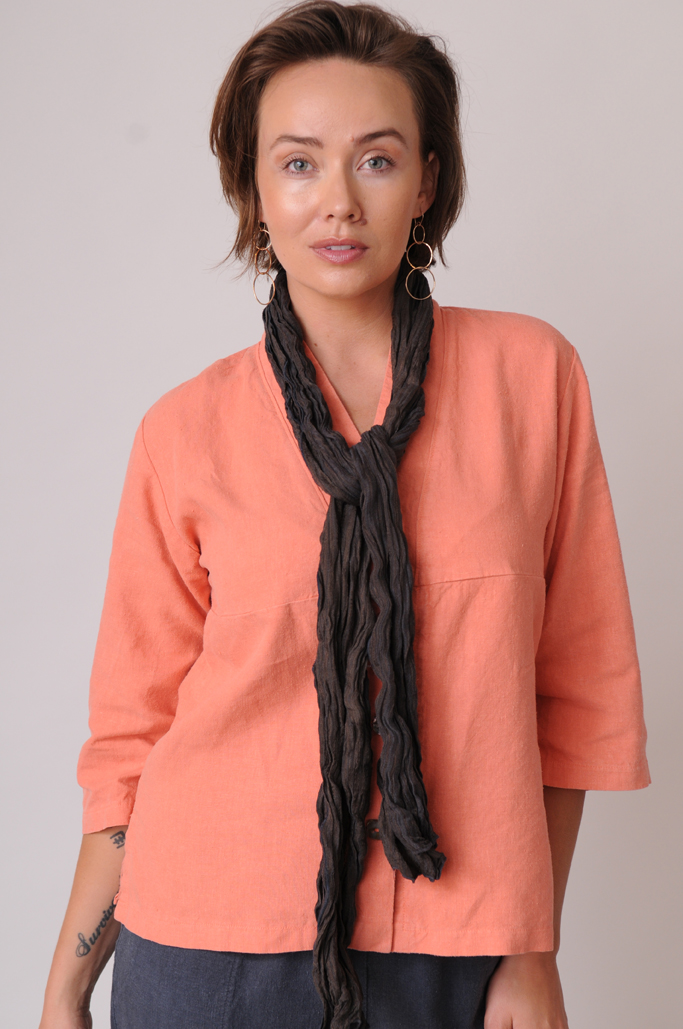 The creative impulse is important

Maybe artisanship has something to do with intent. Manufacturers seek to produce the greatest number of widgets in the least possible time, for the least possible cost. Factories are often more concerned with the consistency rather than the quality of their output. Most of the artisans I know lack this bean-counter mentality. Their first and last impulse is a creative one: how to imbue everything they make with something of themselves. That leads to a lot of uniqueness and variation. A potter may have perfected their skills making mugs, yet each one is a subtly different and unique creation.

If the many artisans I’ve met over the years are any measure, the financial calculation often comes last. Being an artisan is typically not a get-rich-quick scheme. Many of my craft-fair colleagues struggle with rising rents and lack of healthcare. But for them, the prospect of a nine-to-five gig is unimaginable. Because a creative impulse, above all, stirs their hearts, these folks are the real deal: living, breathing, creative artisans. 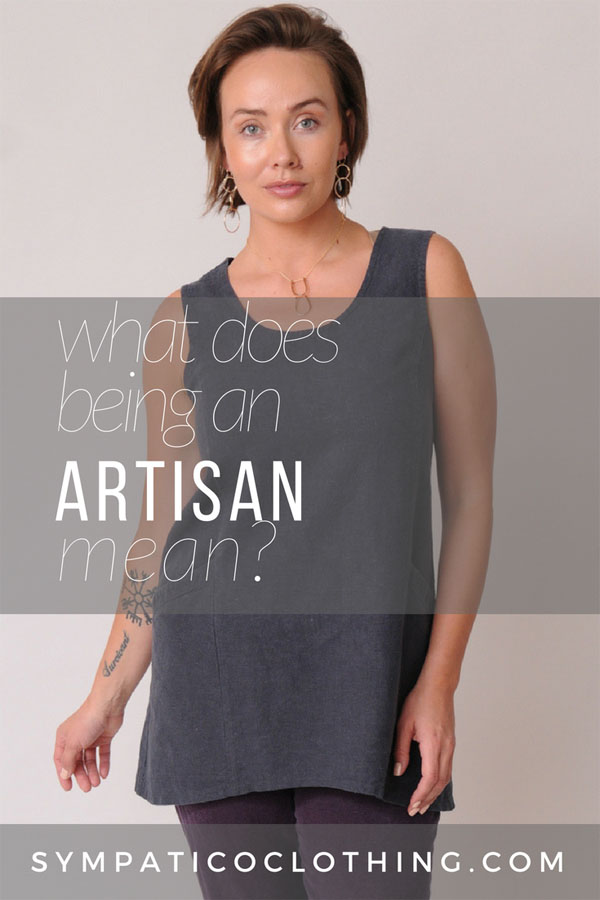