Setting out with the intention of making clothes for mature women.

When did “mature" get to be a dirty word? I remember being slightly amused back in the 90s when video stores would mark their section or room reserved for so-called adult movies with the M-word. More recently, I’ve been counseled to shun the M-word in marketing the Sympatico collection. For the marketing experts who’ve issued these warnings, mature carries connotations of decrepitude, irrelevance, and yes, plain old oldness. 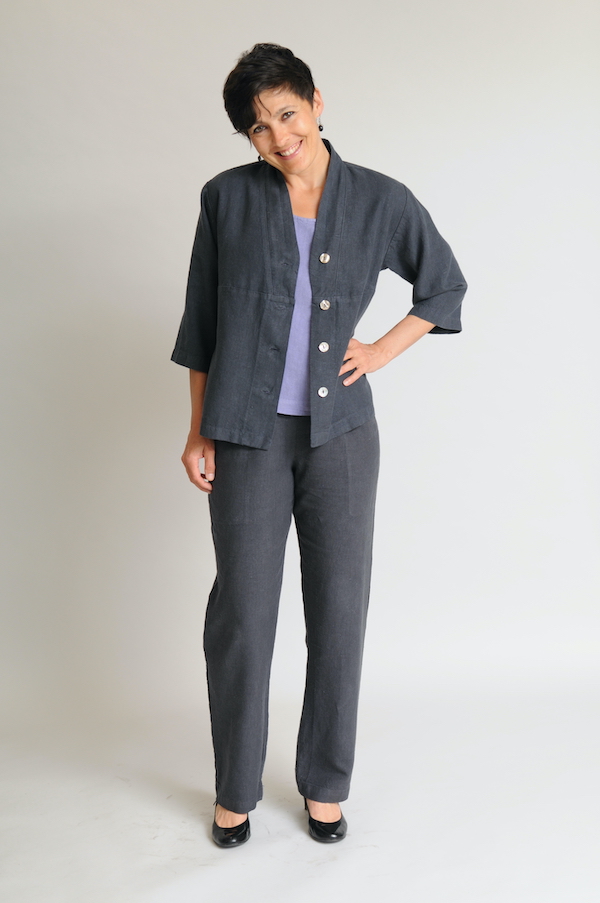 Zoe’s Tuxedo Top and Stovepipe Pants in Graphite is an outfit that any mature woman can love.

I have another take entirely about the word. For me, mature suggests seasoning, wisdom, relaxation, and clarity. When I reflect on my younger days, I see that I was full of passions, prejudices, and an overwhelming sense of being certain about things. With maturity comes the softening and relaxation of these attitudes. Time and circumstances have a wonderful way of buffing off some of those sharp and prickly edges that we carry about when we’re young. As I age, I find myself pausing to reconsider old positions and notions, often seeing how as my younger, less formed self, I could be awfully judgmental.

Maturity allows me to see more facets of every question. When I began Sympatico, it was a means to express a more nuanced concern for artisanship and the quest for real sustainability in fashion with cuts geared toward mature bodies. My business model depends on mature consumers—those customers who have learned to look beyond the sole question of what’s in it for them and make their purchases a vote for a more sustainable and humane way of apparel making. Indeed, I think that’s the very soul of maturity: the concern we have for one another and our Earth. 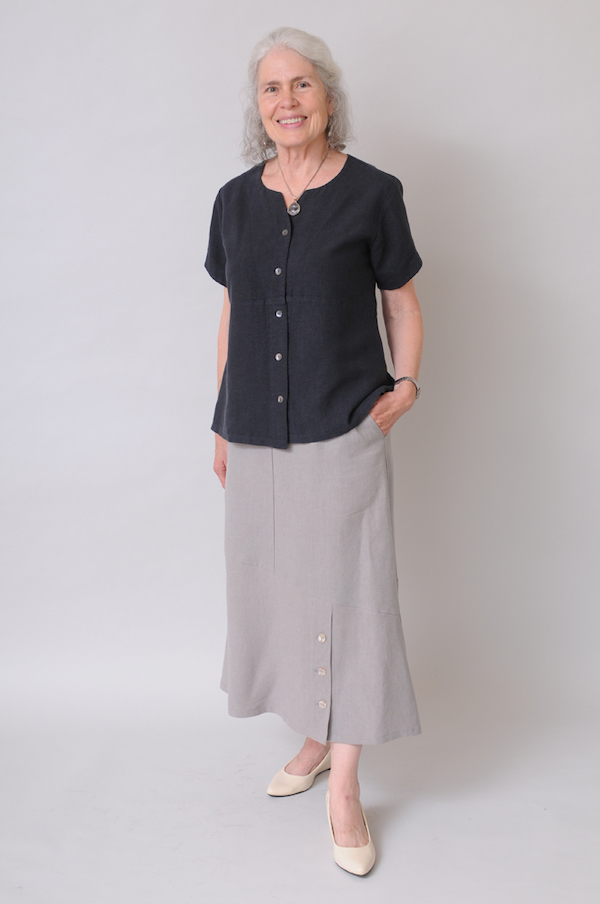 I design Sympatico styles for mature women of all ages. Swallowtail Top in Graphite with Grey Fog Angled Skirt.

Sympatico styles are designed to appeal to mature women, irrespective of their chronological age. I aim to satisfy the need for comfort, style, and grace, no matter who wears them. The Sympatico collection is also aimed to appeal to women unbound by ageist conventions—a growing contingent these days. Savvy marketers are beginning to see through the anti-mature propaganda. Today we see more and more models with non-traditional looks, among them quite a lot of older women. While the term “silver disobedience” carries a a suggestion of militance, a recent NBC News story profiling model Dian Griesel points to a more subtle truth. She began modeling at age 57, just as marketing gurus were beginning to reconsider how mature women could be deployed in selling fashion and cosmetics. She’s had a busy career ever since, but her biggest point of satisfaction comes from fans. She observes, “My followers are constantly telling me, ‘I love you, because you assure me that aging is OK, that my wrinkles are OK, and that I’m a collective of things, not just my physical being,’”

It is inspiring women like Dian Griesel who are helping to redefine the meaning of mature. I am deeply appreciative of the new roles for women that are helping to restore the value of the M-word in our conversation.